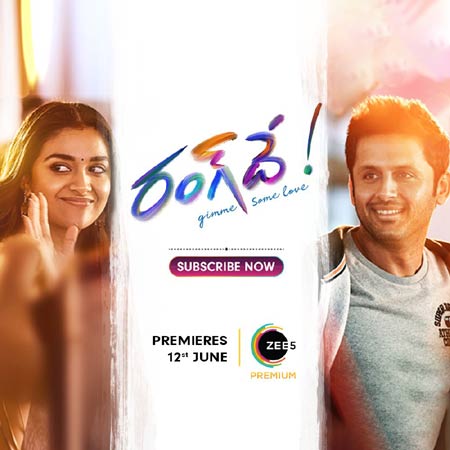 Finally, Nithiin and Keerthy Suresh’s much-awaited romantic entertainer, Rang De, is all set to premiere on Zee5 on June 12th. An official announcement regarding the film’s OTT premiere has been made just a while ago.

Rang De was released a couple of months ago before the COVID second wave brought the entire Telugu film industry to a standstill.

This Venky Atluri directorial has been shot by legendary DOP PC Sreeram and DSP has composed the soundtrack. Naga Vamsi has bankrolled the film.