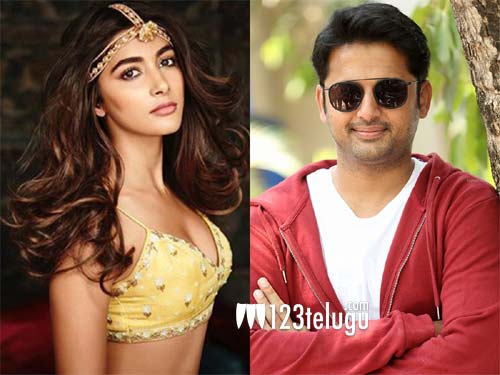 Nithiin will soon be collaborating with Vakkantham Vamsi for an action thriller. The project will be officially announced next month.

The latest news is that Nithiin will be pairing with sought-after actress Pooja Hegde in the Vakkantham Vamsi directorial.

The makers have reportedly paid Pooja a whopping remuneration for coming on-board. She will be joining the sets right from the first schedule whenever it commences.

This as-yet-untitled project will be mounted on a big scale. More details about the the same are under the wraps for now.