Nithiin – Macherla Niyojakavargam will be as good as its trailer
Published on Jul 31, 2022 2:00 am IST 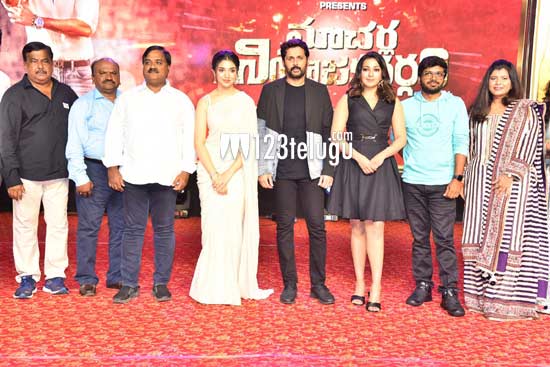 Young hero Nithiin is eyeing a massive hit with Macherla Niyojakavargam that will be out in theatres on 12th August. The film’s trailer launch event took place at Guntur in a magnificent way.

Speaking at the event, Nithiin mentioned that he came to Guntur after scoring the hits Sye and A Aa and the love the people showed was the same. Nithiin said going by the audience’s energy the film will for sure be a hit.

He thanked the audience who showered their endearment for 20 years in his film journey without which he wouldn’t have come this far. He assured the audience that the film will be as good as its trailer. The actor asked the crowd to encourage the movie as they did for songs.

Nithiin thanked Anil Ravipudi for attending the event in spite of being busy with Balakrishna’s script work. He further stated it was a pleasure working with Catherine Tresa and Krithi Shetty.

The songs and background score were too good, said the Ishq actor. He concluded the speech by saying that the action starts in theatres on August 12th.