Nithiin-Rashmika’s Bheeshma gets a good response in re-release
Published on Oct 17, 2020 11:52 pm IST 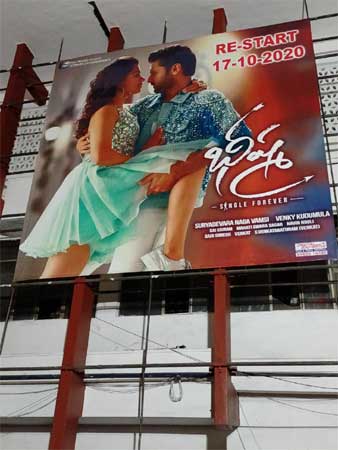 After the union government gave the permission, exhibitors from very few cities across the country have re-opened theaters. Vizag was one of the cities which had a partial re-opening of theaters.

Nithiin and Rashmika Mandanna’s romantic comedy entertainer, Bheeshma, had a re-release in Cinepolis and Jagadamba theaters in Vizag. Much to everyone’s surprise, audiences thronged the theaters in decent numbers and even Fast Filling signs were displayed ahead of the morning and matinee shows.

This is definitely a good sign and reaffirms the audiences’ and trade circles’ belief in experiencing Telugu Cinema once again in theaters.