Nithiin reveals the six most important people in his life
Published on Feb 18, 2020 3:00 am IST 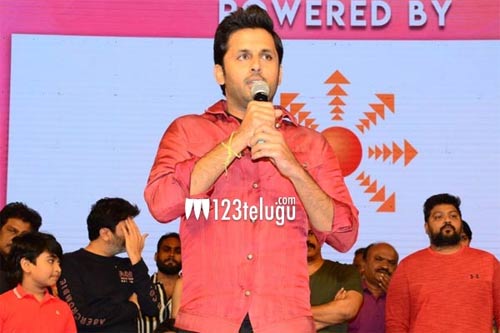 Speaking at the event, Nithiin first thanked his entire team for giving him a wonderful film. He then went on to reveal the six most important people in his life. “My mother, father, sister, Pawan Kalyan garu and Trivikram garu have been the five most important people in my life over the years. I’m going to get married soon, so my wife will be the sixth special person in my life,” Nithiin said.

Nithiin got engaged to Shalini recently and he will be tying the knot on April 16. Meanwhile, Bheeshma is slated to release on February 21.