Nithiin thanks Pawan and Trivikram for their blessings
Published on Jul 24, 2020 8:11 pm IST 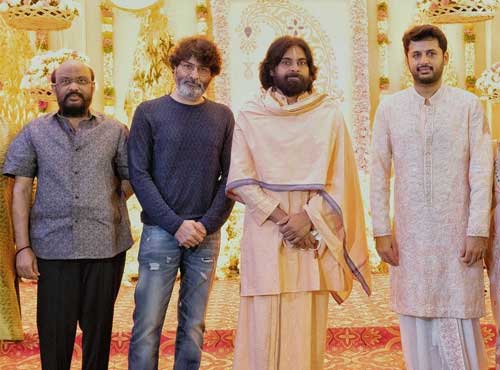 Hero Nithiin is all set to tie the knot with his longtime girlfriend Shalini Kandukuri on July 26 at Falaknuma Palace, Hyderabad. Today, the Pellikoduku ceremony was held at Nithiin’s house and it was graced by his favorite star Pawan Kalyan and director Trivikram.

A Big BIGGGG thanku from the bottom of my heart to our POWERSTAR and TRIVIKAM garu and ChinaBabu garu for comin over and blessin me today on my pellikoduku func!! Really means a lot to me 🤗🤗🤗🤗🤗😍😍😍