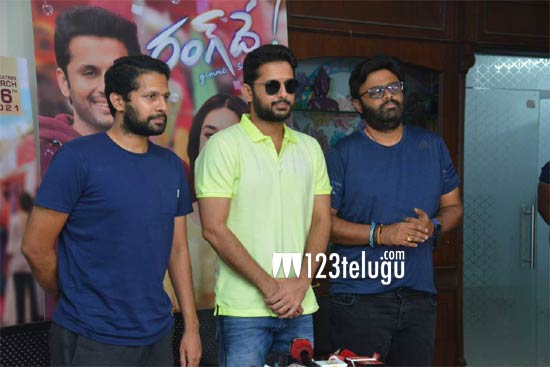 Nithiin and Keerthy Suresh’s romantic comedy, Rang De, released today and received a good response from fans and critics. This Venky Atluri directorial has been produced by Naga Vamsi under Sithara Entertainments banner.

“Audiences are enjoying the fun and emotions in the movie. They have liked mine and Keerthy’s characters and the chemistry between us. DSP and PC Sreeram sir’s work have been getting a positive response. I have done an out-and-out romantic character after Gundejaari Gallanthayyinde. Keerthy and I trusted Rang De’s story and it reflected in our chemistry,” Nithiin said.