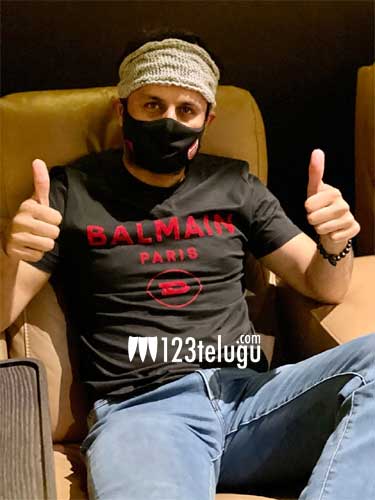 Ravi Teja and Shruti Haasan’s latest super hit, Krack, is having a solid run at the box-office. Despite the COVID scare, audiences are thronging theaters in large numbers to enjoy the movie in cinemas. The film’s success has given a big boost to its cast and crew and even the film industry.

This evening, hero Nithiin watched Krack at Mahesh Babu’s AMB Cinemas. Nithiin is said to have thoroughly enjoyed the movie along with the fans. Dressed in a black tee, blue jeans and a head wrap, Nithiin also wore a mask throughout the screening.

Krack, directed by Gopichand Malineni, has been produced by Tagore Madhu. Thaman’s superb background score is one of the major highlights of the movie.