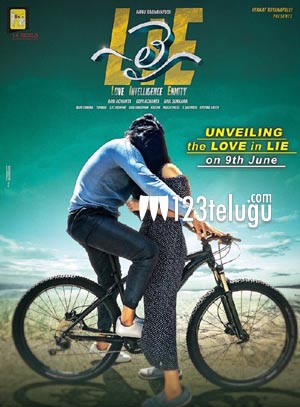 Nithiin’s upcoming film LIE is making brisk progress. Directed by Hanu, the film has Nithiin and Megha Akash in lead roles. The film was shot extensively in USA for several weeks altogether and it’s said to have plenty of action sequences.

Now, the makers are planning to unveil a glimpse of the film on June 9. LIE stands for Love, Intelligence and Enmity, and on Friday, the team will unveil the Love in LIE. It remains to be seen what exactly we’ll be offered.

14 Reels banner is producing the film and Mani Sharma is scoring the music.