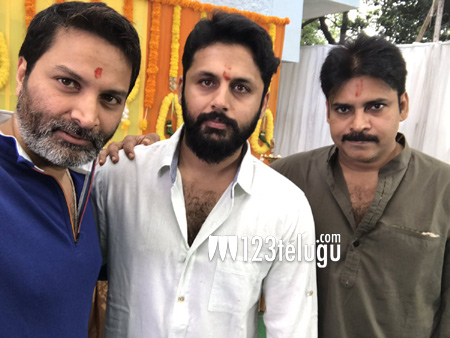 Yesterday, we broke the news that Nithin will be announcing a project with Trivikram and Pawan Kalyan today. As reported, Nithin, a short while ago, confirmed this project.

Nithin broke this news on twitter and revealed about the deadly combination. While the film will have the story by Trivikram and Pawan Kalyan will be producing this film on his banner along with Nithin’s dad.

This is a huge moment for Nithin as Pawan Kalyan is his favorite actor and Trivikram had given him his career’s biggest hit in A.Aa. Krishna Chaitanya of Rowdy fellow fame will direct this film.