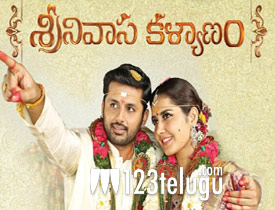 Srinivasa Kalyanam was one of the biggest flops in Nithin and Dil Raju’s career. The film brought a big loss to the makers but surprisingly has found an audience on small screen.

The update is that the dubbed version fo Srinivasa Kalyanam has clocked 100 million views on YouTube. This is something unique as dubbed Telugu films get a good response if they are action-oriented.

But Srinivasa Kalyanam is a family drama and that too filled with Telugu nativity. It was directed by Satish Vegensa.