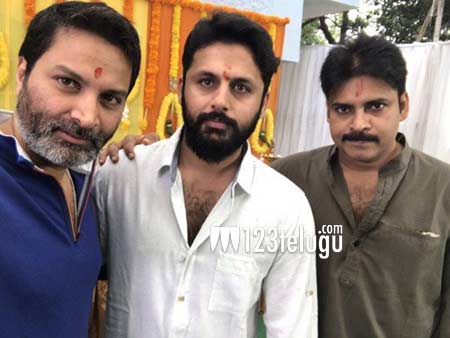 Everyone knows that Nithin will be doing a film in the production of Pawan Kalyan. The same film kick started its shoot earlier today in Hyderabad. The romantic drama is directed by Krishna Chaitanya.

Trivikram has penned the story of the film and he will also co-produce it with Pawan. The female lead of the film is yet to be announced and the makers are keen to rope in some known names for this project.

Meanwhile, Nithin has also finished his new film LIE in the direction of Hanu Raghavapudi which is up for a release this 11th of August.