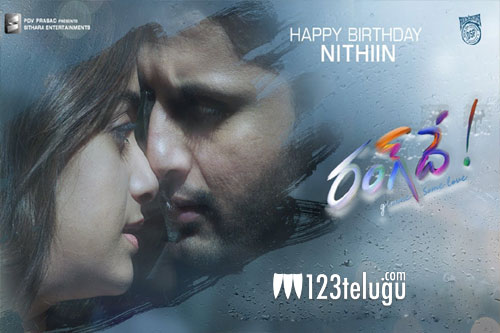 Rang De is a film that many are looking forward to. The film has star hero Nithin and Keerthy Suresh as the main leads. The first look poster was released a few days back and won good appreciation.

The film has a very good craze among the youth and film circles as it being directed by Venky Atluri. The talk is that the film’s satellite rights have been sold for 10 crores to Zee tv.

With this, the makers have already made more than half of the film’s budget. Now, there are various other rights and if the film gets hit talk, the distributors will make good money. Seeing this, the trade pundits say that the film is already in a safe zone now.