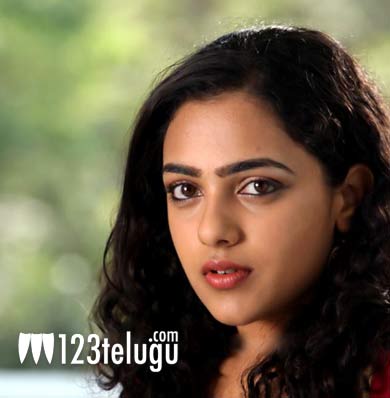 Nithya Menen has finally joined the cast of her upcoming Telugu film Gunde Jaari Gallanthayindhe. The film has Nithin, Nithya Menen and Isha Talwar in lead roles. Vijay Kumar Konda is directing this film and this is his debut film as a director. Sudhakar Reddy is producing the film. This is the second time Nithya Menen and Nithin are teaming up for a film after a superhit film like Ishq. The film’s principal shooting began last month and few scenes were canned on Nithin and Isha Talwar. Now, Nithya Menen has joined the shoot in the latest schedule. Anup Rubens is composing the music and I Andrew is the cinematographer. Meanwhile, Nithya Menen will soon be seen in Srinivas Raga’s Okkadine which will hit the screens on November 23.