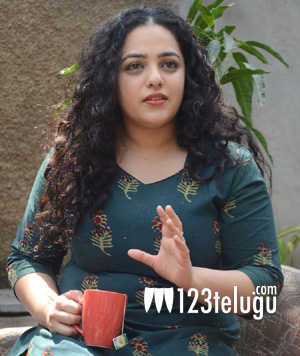 Versatile actress Nithya Menen is all set to play the role of Jayalalithaa in an upcoming biopic of the former CM of Tamil Nadu. Titled as “The Iron Lady”, the film is going to be directed by Priyadarshini, a former associate of Mysskin.

Apparently, the director chose Nithya because she felt that Nithya was the apt choice to reflect Jayalalithaa’s strong personality. The two have reportedly met each other few days ago to discuss the script and Nithya is said to have liked the character sketch. “We are going to get a top makeup artiste onboard to achieve the right look for Nithya,” Priyadarshini said in a recent interview.

More details about the cast and crew are yet to be announced. Nithya will soon be seen in VK Prakash’s Praana which will release later this year.