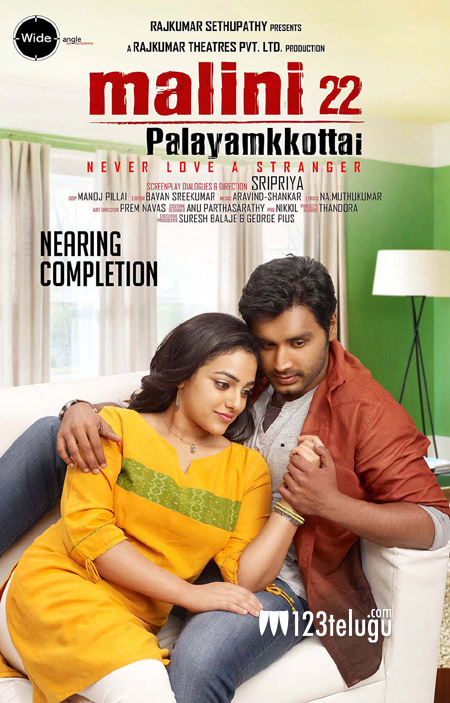 Nithya Menen is essaying the lead role in ‘Malini 22’, which is an official remake of the Malayalam super hit ’22 Female Kottayam’. The audio album of this film will be launched tomorrow in Hyderabad. The audio launch will take place at Prasad Labs on the 16th, at 6pm.

The film’s music has been scored by Aravind – Shankar. Veteran actress Sri Priya is the director of this movie and Rajkumar Sethupathy has produced the film. ‘Malini 22′ will release simultaneously in Telugu and Tamil.

’22 Female Kottayam’ is a cult hit in Kerala and Reema Kallingal has essayed the lead role in that film.