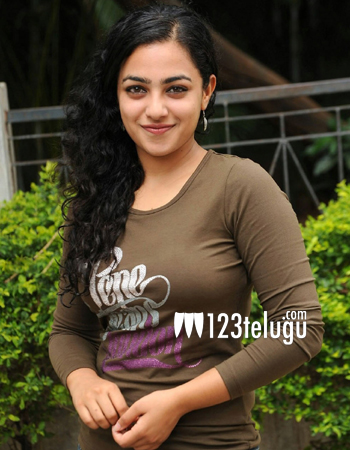 Talented actress Nitya Menon is currently riding high in her career with a bunch of movies up her sleeve. After an impressive debut with Ala Modalaindi, she bagged some decent movies and got familiar with the Telugu audience. Recently, she mesmerized the movie lovers with a cute character in Sharwanand’s Malli Malli Idi Rane Roju.

The gorgeous actress has pinned hopes on the upcoming Summer season. She will be seen in as many as four big budgeted movies which are slated for release in the coming two months. First in the line is S/o Satyamurthy, starring Allu Arjun in the lead role, Nitya will be seen as one of the female leads in this flick. She will also be seen in Guna Sekhar’s Rudhramadevi as Anushka’s daughter.

Apart from these two flicks,she will also be seen in a couple of bilingual movies. One of them is Mani Ratnam’s Ok Bangaram and the other is Lawrence’s Kanchana-2.