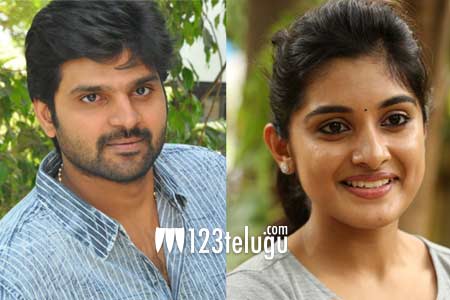 Nivetha Thomas is all set to team up with Sree Vishnu in an upcoming film, as per the latest buzz in the industry. The film is going to be directed by Vivek Athreya, who made his debut with Sree Vishnu starrer Mental Madhilo, and the film also stars Satyadev and Nivetha Pethuraj.

Having delivered impressive performances in Gentleman and Ninnu Kori, Nivetha went on to act in Jai Lava Kusa before she took a long break to complete her studies. This untitled film with Sree Vishnu is the second film she has expressed her interest in after her brief hiatus. More details are awaited.

The actress will also be seen in Kalyanram’s next in KV Guhan’s direction. She is currently shooting for the thriller in Hyderabad.