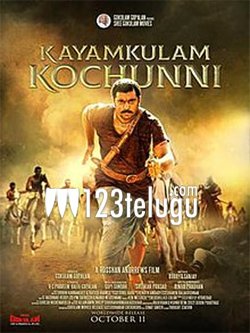 Post the success of Premamm, Nivin Pauly has become a superstar of sorts and all his films are awaited quite eagerly. His new film along with superstar Mohan Lal, Kayamkulam Kochunni has released last Thrusday to a superb talk all over.

What’s more interesting is that the film has made a total gross of 5.3 crores on the first day which is the highest ever for a Malayalam film to date.

The historical drama is directed by Rosshan Andrews and has Priya Anand in a key role. Gopi Sundar scores music. The film has also released in a select few theaters in Hyderabad.