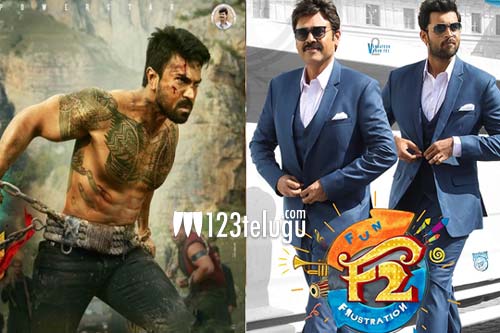 Although F2 released amid a huge completion from the two other Sankranthi biggies like NTR Kathanayakudu and Vinaya Vidheya Rama, the film turned out to be the biggest blockbuster of this season. In its 11-day theatrical run, F2 collected over Rs 64 crore share worldwide.

In Nizam, on Tuesday, F2 collected a decent share of Rs 70 lakhs, taking its 11-day total Nizam share to Rs 16.82 crores. On the other hand, Vinaya Vidheya Rama is continuing its disappointing run. The film, on Tuesday, shockingly registered Rs 13 lakh negative share and ended up with day deficits. VVR has almost ended its run in Nizam with a share of just about Rs 12.68 crores.