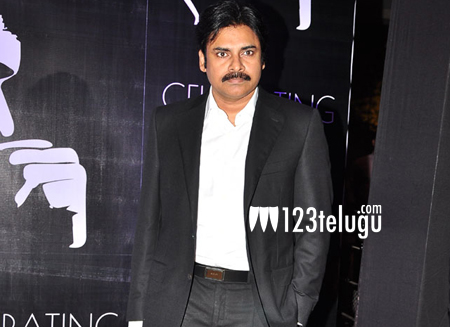 It is a known fact that tomorrow is power star Pawan Kalyan’s 44th birthday. Crazy fans are quite eager to celebrate his birthday as the teaser of his new film Sardaar Gabbar Singh will be out tonight.

Meanwhile, shooting of Sardaar will kick start once Pawan gets back to the city. Directed by Bobby, Sardaar is produced by Sharath Marar in association with Pawan’s home banner. DSP composes music