No change in Dear Comrade Bollywood remake plans
Published on Aug 1, 2019 9:16 am IST 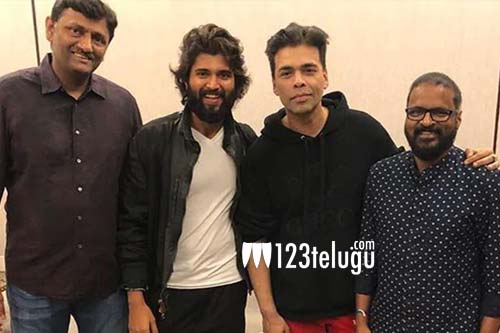 Just a few days ahead of Dear Comrade’s release, a massive announcement was made by top Bollywood filmmaker Karan Johar. Karan acquired Dear Comrade’s Hindi remake rights. There were even reports that Karan had shelled out a whopping Rs 6.20 crores to own the rights.

Dear Comrade took a record opening last week. However, after a dream start, the film couldn’t live up to the expectations and the collections began to drop with each passing day. The film is now struggling to reach the break even mark. This led to a lot of rumors of late that Karan has dropped the idea of remaking Dear Comrade.

But the latest updates reveal that Dear Comrade’s Hindi remake is very much on track and that the team at Karan’s Dharma Productions is busy scouting for the right actors. Apparently, Dear Comrade’s collections have reached Karan’s expectations and he has nothing to worry about the Hindi version.