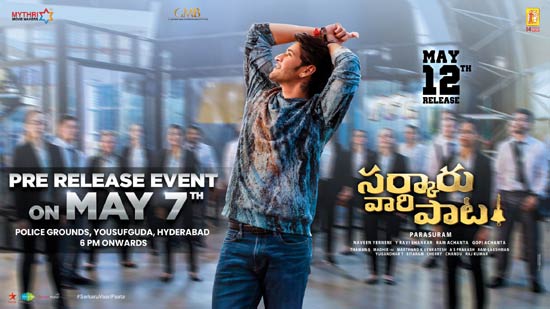 Earlier in the day, there was news that the pre-release event of SVP will be held on the 7th of this month in Hyderabad in a grand manner.

Since morning, there has been news that Pawan Kalyan will be coming in as the chief guest of the film. But now, the news is that there is no star coming in as a guest as of now.

The close-knit team of the film will be attending the event. Parasuram has directed this film which has Keerthy Suresh as the heroine. SVP releases on the 12th of May.