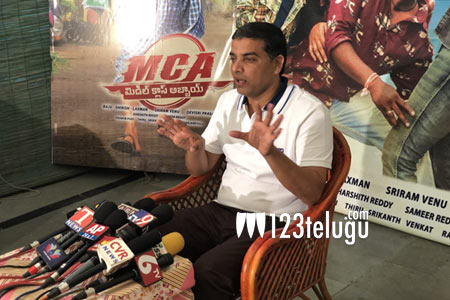 We all know that Dil Raju’s MCA will be hitting the scenes from the 21st of this month. But from the past two days, there was news floating around that the film has been postponed.

Clearing this, Dil Raju today said that there is no delay in the film’s release and the movie will release on the said date. He also added that the film will be a hattrick hit in his banner and the younger generation will be quite impressed with the film.

Venu Sriram directs this film which has Nani and Sai Pallavi as the main leads.