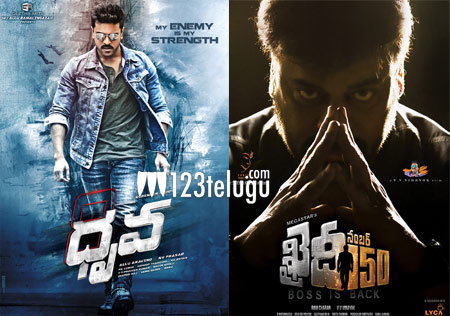 From the past few days, there were reports doing the rounds that both Dhruva and Khaidi No 150 will be postponed to a further note. Sources close to the unit reveal that all these reports are false and both the films are scheduled to release on time.

While Dhruva will hit the screens on December 2nd, Khaidi No 150 will come for Sankranthi festival. Both the films are nearing completion and have already started post-production formalities.