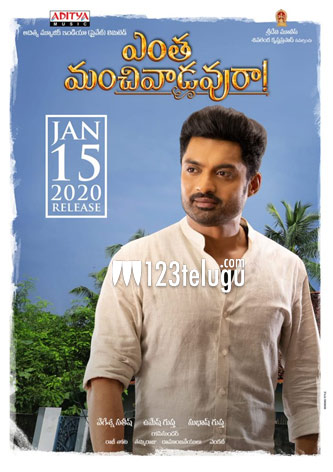 Nandamuri Kalyan Ram’s upcoming family entertainer, Entha Manchivaadavura, was originally scheduled to release on January 15, as a Sankranthi festive treat. However, with both Sarileru Neekevvaru and Ala Vaikunthapuramulo confirmed to hit screens for Sankranthi, there were several speculations that Entha Manchivaadavura will be postponed to the Republic Day weekend.

However, Kalyan Ram took to Twitter this morning and confirmed the film’s release date. He shared a new poster and announced that the film is going to open in cinemas on the 15th of January as scheduled. The film is an official remake of a hit Gujarati film. Satish Vegesna is the director and Mehreen Pirzada is the female lead in the movie.