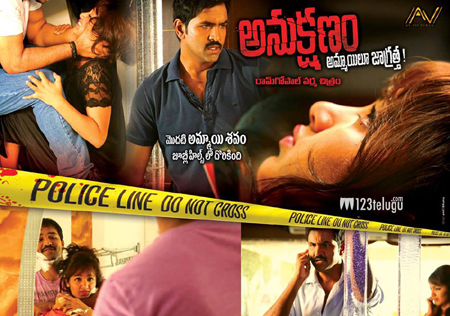 Whatever RGV does is sensational. Perhaps for the first time ever in Telugu films, there will be no interval in Varma’s upcoming film Anukshanam. The film is based on a psycho killer, and Varma has decided that having an interval would kill the essence of the film.

Vishnu Manchu plays the lead role in this film, which also has Navdeep and Tejaswi in other prominent roles. Already the trailers have created huge curiosity among the audience. Vishnu himself is producing this flick on 24 Frames factory.