No more differences with Chiranjeevi: Vijayashanthi
Published on Jan 14, 2020 8:18 am IST 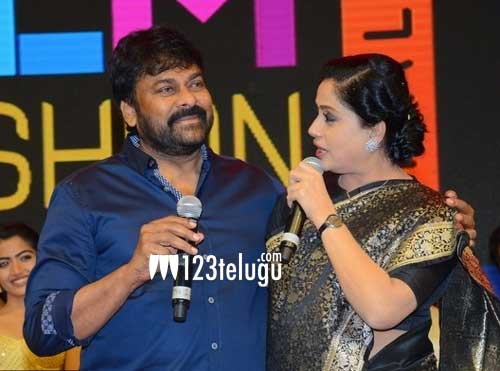 Chiranjeevi and Vijayashanthi were the most popular on-screen couple until the early 90s. Later, both Chiru and Vijayashanthi stepped into politics and then quit movies. Their cordial relationship was strained when Vijayashanthi made some scathing comments against Chiru while in the opposition.

But in a latest interview after Sarileru Neekevvaru’s success, Vijayashanthi said that there are no more differences between her and Chiru now. “The distance between us increased after we stepped into politics. But all those differences were cleared at Sarileru Neekevvaru’s pre-release event. It was a memorable experience meeting Chiranjeevi garu after such a long time,” Vijayashanthi said.

The Lady Superstar went on to say that she is quite happy with the kind of response her character in Sarileru has been getting. She said that she will only sign author-backed and powerful characters even if she acts in only one film per year.