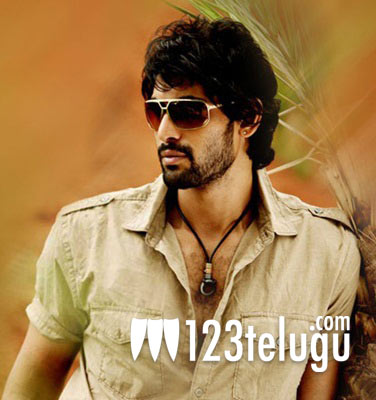 His latest high action adventure film sequences were among the most demanding role Rana had to perform in recent times.

For an actor of Rana’s height it is a huge challenge for directors to find a body double , Krish , Director of his latest film Krishnam Vande Jagadgurm says Rana is one actor who never wants to relegate his action scenes to a body-double. He insists reality in his action scenes. Because of which he suffered numerous injuries during the shooting Krishnam Vande Jagadgurum. I am confident his fans and audiences will witness this energy and brilliance of Rana in the action adventure, which has beautiful love story too.

“As an actor I feel that stunt scenes done without a double is so much more real and can exude far more realism in the body language and performance in the shot. It’s risky but I insist no doubles in the film.” Rana says. The character in KVJ is designed for me and I wanted to ensure that I give my best. In KVJ Rana dons the role of B Tech Babu and a reluctant theatre actor.

Krish is in all praise for the young actor. With no body double to stand by Rana never said no to even dangerous action sequence, he was ready for the shot from the word go. In fact in one of the sequences Rana had to face bomb explosion reality. He was safe, yet he had a 3rd degree burn. He continued with the action sequence which otherwise would have delayed the complicated action sequence shoot for few more weeks.

The fight scenes in KVJ is one of the highlights of the film Fefsi Vijayan, well known Action Choreographer of KVJ said, Rana is willing to try almost anything. He brings great intensity and focus to all his work, especially the fights. His moves are very sharp and powerful. We utilized a lot of his acrobatic abilities in the fights. We choreographed the action to showcase his unique strengths and I am sure his fans will appreciate his brilliance.”

Krish is super excited too, as the star cast stood solid behind his vision to bring realism in the movie. “My star cast extended huge support to make it real Krish added. Nayantara the leading lady in the film who plays a documentary film maker made special efforts for KVJ by dubbing for the role in Telugu for the first time.”

The movie directed by Krish releases worldwide in a big scale on November 30.