No OTT release for SR Kalyanamandapam- Hero confirms
Published on May 28, 2021 4:00 pm IST 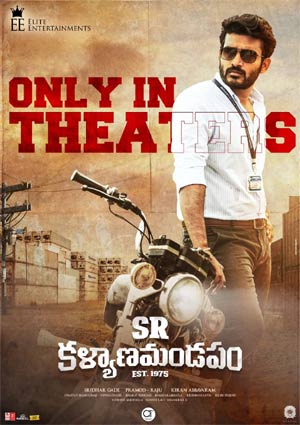 Kiran Abbavaram proved his talent with his debut film Raja Varu Ran Garu. He is now back with a romantic fun drama called SR Kalyanamandapam which was supposed to release last month.

The songs of this film have already become good hits along with the teaser. Based on the story of a Kalyanamandapam, this film is directed by Sridhar Gade.

We all wanted you to watch #SRkalyanamandapam only in theatres pic.twitter.com/EpP18GMYNS