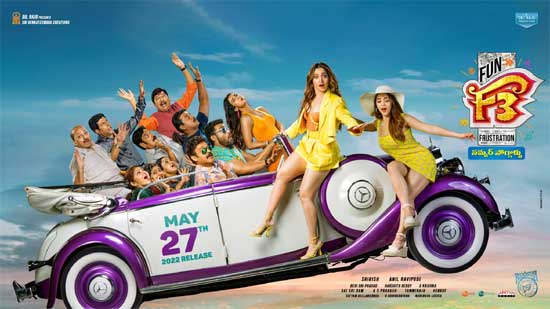 F3 is one of the most awaited films in recent times. The film is filled with loads of stars and is attracting the family audience to come to the theaters post the Covid scare.

Now, as per the news, there won’t be any special premieres in Telugu states. Generally, fan shows or extra shows are given permission but Dil Raju has gone against all this.

In the US too, the film will not have any early premieres as per the news. The film will be released at 8 AM India time across the globe. Looks like the makers do not want to take any risk of a divided talk.