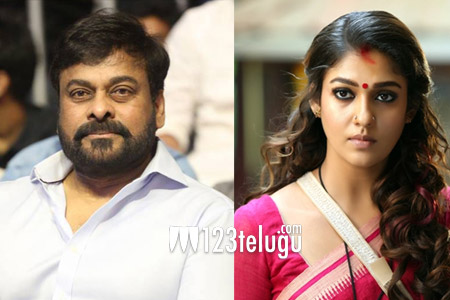 It is a known fact that star heroine, Nayanthara is playing the female lead in Chiranjeevi’s new film Sye Raa. But from the past few days, there have been reports going around saying that she has left the project.

But sources close to the film have revealed to us that she is very much part of the project and will join the shoot from the month of January. Already, the first schedule of the film has been wrapped up a few days back.

Surender Reddy directs this film which is being produced by Ram Charan. A R Rahman scores music.