From the past few days, there have been several reports going on in the social media that Chay-Sam’s Majili has been postponed to a further date in April.

Slamming all those reports, the makers have released a press note saying that all those rumors are false. The film will release according to the said date of April 5th.

Shiva Nirvana directs this film which has music by Gopi Sundar. Watch out this space for more updates on this project. 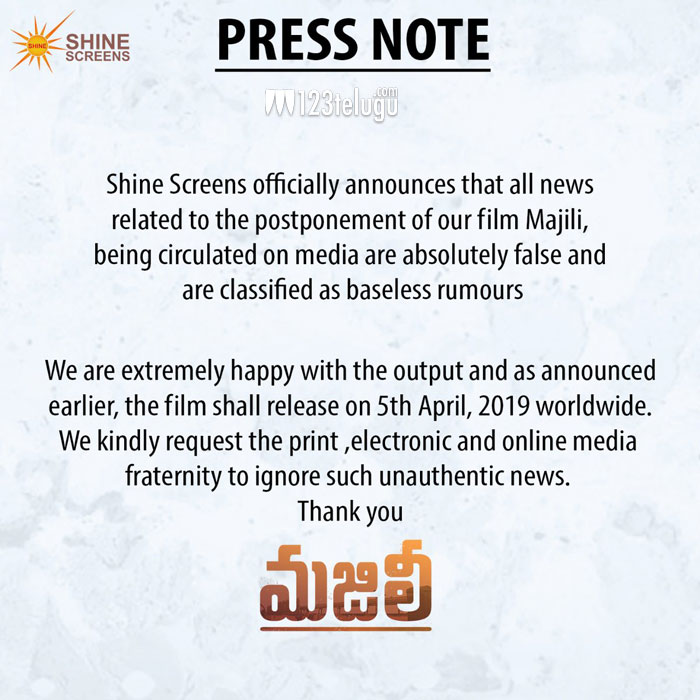