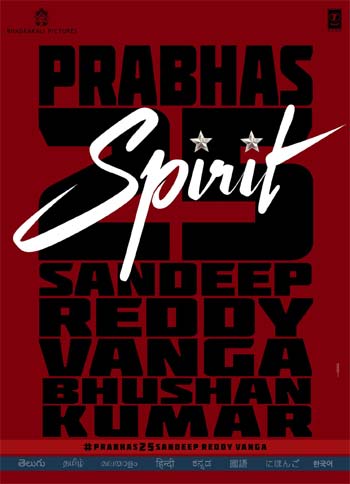 Now, for the last couple of days, a crazy speculation regarding the film’s heroine has been going viral on social media. The buzz is that South Korean actress Song Hye-Kyo will be playing a lead role opposite Prabhas in Spirit. Song is popular among Indian K-drama fans through Full House, My Heart and All in All etc. Needless to say, a South Korean actress playing a lead role in an Indian film and that too opposite Prabhas became a huge topic for discussion.

However, the latest we hear is that Spirit’s markers have not approached Song Hye-Kyo for their movie yet. On the other hand, star Bollywood heroine Kareena Kapoor is said to be essaying leading lady’s role in Spirit. T-Series and Vanga Pictures banners are bankrolling this crazy project.