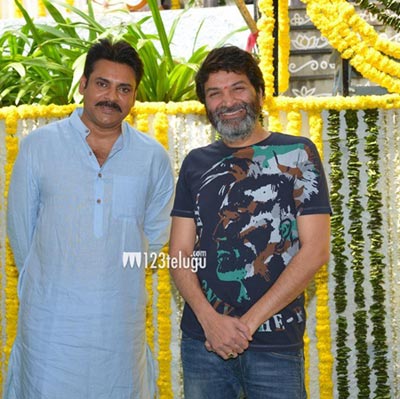 Power Star Pawan Kalyan is currently shooting for his good friend Trivikram’s ongoing romantic entertainer. Ever since the film commenced, there have been several interesting titles doing the rounds among fans and media circles.

Firstly, the film was rumored to have been titled Devude Digi Vachina. Then cropped up a couple of interesting titles like Gopala Krishnudu and Engineer Babu. And now, they latest title that’s been prominently making a splash on the internet is ‘Paradesa Prayanam’.

Wonder if the movie’s unit has even locked a title for this highly-anticipated movie even as the rumors around the titles continue to shoot up nonstop.