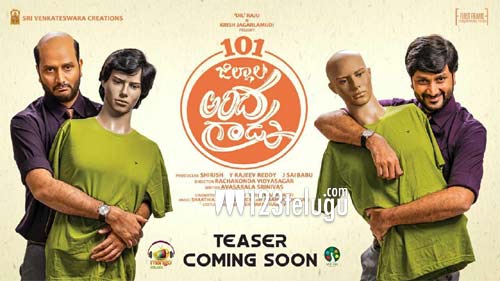 Nootokka Jillala Andagadu, a comedy caper starring Avasarala Srinivas in the lead role hit the big screens earlier this month. Now, the film is gearing up for OTT premieres.

As per reports, Nootokka Jillala Andagadu will be premiering on Amazon Prime Video on the 2nd of October. An official announcement on the same will be out shortly.

Nootokka Jillala Andagadu is directed by Rachakonda Vidyasagar and it has Ruhani Sharma in the female lead role. The film revolves around the protagonist, Srinivas who suffers from male pattern baldness and is does all he can to cover up the same.