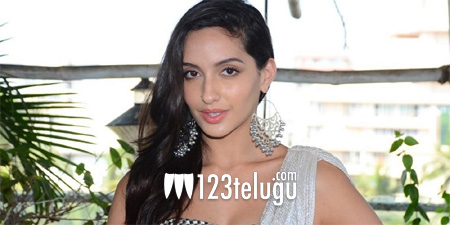 Nora Fatehi is making a big splash these days in Bollywood. The Canadian actress of Moroccan origin was in news recently for her terrific belly-dance moves in the song Dilbar from John Abraham starrer Satyamev Jayate. And now, she is back in news for signing Salman Khan’s upcoming film Bharat, which is being directed by Ali Abbas Zafar.

As per the latest news, Nora will essay the role of a Latino character in the much awaited film which stars Salman Khan, Priyanka Chopra, and Disha Patani. Sharing her excitement about being part of a Salman Khan’s film, she said, “Excited to be a part of project of this magnitude. It’s a dream come true ! The combination of Ali sir and Salman sir is the perfect combination. For me these were reasons good enough to willingly come on board. Looking forward to begin shooting soon.”

The actress made her debut in Telugu with a sizzling item number in Temper, and later appeared in numerous songs in films like Baahubali, Kick 2, Sher, Loafer, and Oopiri. Now, it remains to be seen if this film in Hindi opens more doors for her in Bollywood.