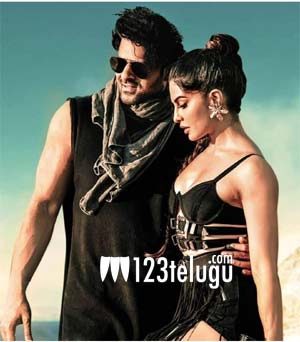 The ‘Bad Boy’ song from Prabhas’ soon-to-release action thriller, Saaho, is setting music platforms on fire with record hits. Meanwhile, fresh speculations emerged that Prabhas will be playing a negative role in Saaho.

When asked if he is indeed playing a ‘Bad Boy’ in Saaho, Prabhas replied with a firm ‘No’. Perhaps the portrayal of Prabhas’ role in the trailer and the Bad Boy song might have led to the ongoing speculations. Well, fans will have to wait for a few days to see what’s in store for them.

Saaho also has Shraddha Kapoor and Neil Nitin Mukesh in key roles. This Sujeeth directorial has been produced under UV Creations banner with a whopping Rs 350 crore budget. The film hits screens on August 30.