Not Allu Arjun but this hero was Puri’s first choice for Desamuduru
Published on Feb 19, 2021 4:00 pm IST 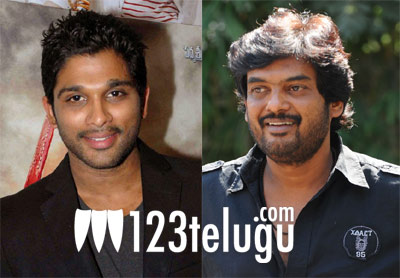 Released in 2005, director Puri Jagannadh’s action romantic entertainer, Desamuduru, featured Allu Arjun as the main lead. Puri showcased Allu Arjun in a 6-pack avatar and the film went on to become a huge hit at the box-office.

Interestingly, Allu Arjun was not Puri’s first choice for the male protagonist’s role. In a latest interview while promoting his Friday release, Kapatadhaari, hero Sumanth revealed that Puri had first approached him and narrated Desamuduru’s script. “But I felt that the script wouldn’t suit me and told the same to Puri garu,” Sumanth revealed.

Kapatadhaari is an official remake of the acclaimed 2019 Sandalwood thriller, Kavaludaari. Directed by Pradeep Krishnamoorthy, the film has been produced by G Dhananjayan. The film has popular actress Nanditha Swetha as the female lead.