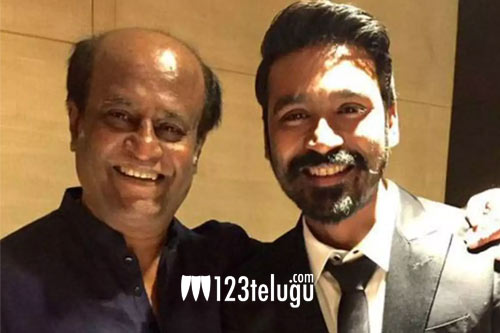 Super Star Rajinikanth returned to Chennai yesterday after undergoing health check-ups at Mayo Clinic in the USA. His most eagerly awaited family entertainer, Annaatthe, is slated for release on November 4, as a Diwali festive treat. Meanwhile, speculations are rife that the stalwart actor will be quitting acting after acting in one last film.

However, the latest buzz suggests that Rajini will be acting in not just one bit two movies. Apparently, his 169th film will be directed by Kannum Kannum Kollaiyadithaal (Kanulu Kanulanu Dochayante in Telugu) director Desingh Periyasamy under AGS Entertainments production.

And then, Rajini is expected to be directed by his son-in-law and Kollywood star Dhanush in his 170th film. Interestingly, Rajini’s two daughters, Aishwarya and Soundarya, will be bankrolling this special project. Official announcements regarding Thalaivar’s next projects are awaited.