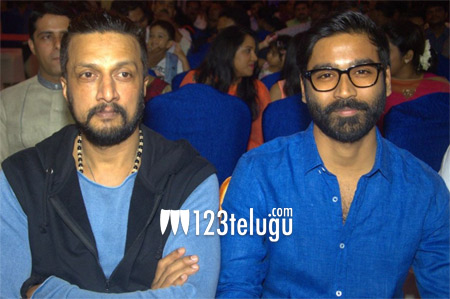 We had reported earlier that national award-winning Tamil hero Dhanush will turn director once again. Popular Tamil production house Sri Thenandal Films will bankroll this larger than life movie with a huge budget. The film is reportedly set in the pre-Independence period.

Until recently, there were reports that Nagarjuna and Chiranjeevi were approached to play the lead role in Dhanush’s latest directorial venture, which will be made as a Tamil-Telugu bilingual.

However, the latest update is that it’s Eega’s villain Sudeep who has been signed on for the main lead’s role. Apparently, Dhanush recently met Sudeep in Bengaluru and narrated him the script and the Kannada star gave his nod immediately. The film is in pre-production and an official announcement will be made soon.