Not Nagarjuna but these heroes were first choice in Khuda Gawah?
Published on May 10, 2022 2:12 am IST 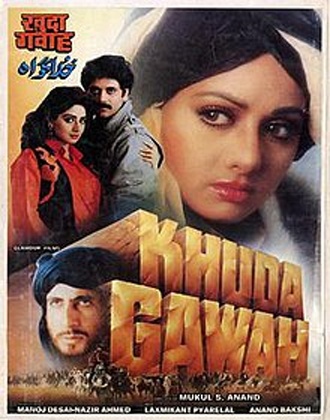 Khuda Gawah was one of the biggest films in the 90s in Bollywood. Amitabh Bachchan and Sridevi played major roles and Nagarjuna was also a part of this film.

So much was said about Nagarjuna’s role as so many heroes were offered the part but all of them rejected it. As the film has completed 30 years today, the makers revealed that stars like Sanjay Dutt and Ajay Devgan shot for the film for some time and then were removed.

As the makers were not happy with the rushes, they roped Nagarjuna for the role. Nag makes an entry in the second half and romances younger Sridevi in the film.