Not Ravi Teja but this star hero was first choice for Tiger Nageswara Rao
Published on Apr 3, 2022 3:13 am IST 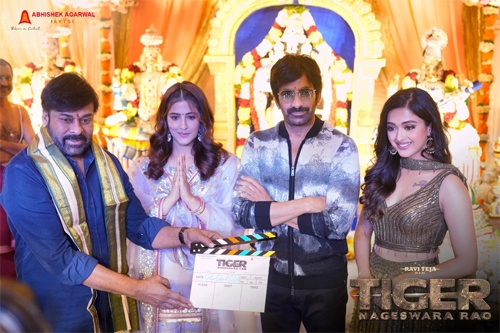 Ravi Teja’s new film, Tiger Nageswara Rao was announced in style today in Hyderabad and none other than megastar Chiranjeevi was the chief guest.

Speaking at the launch, the megastar said that director Vamsee narrated the script to him first but he could not do it for personal reasons.

Adding further, Chiru said that he is very happy that Ravi Teja is a perfect choice to play the role in this action drama that will have a pan-India release.