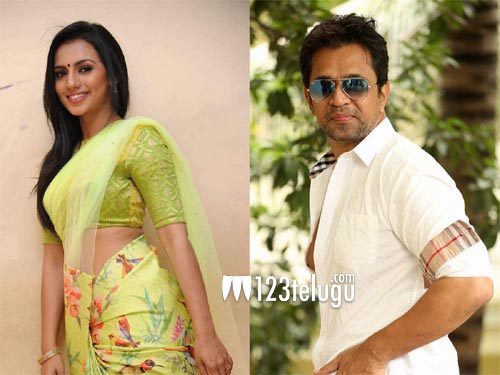 Noted Kannada actress Sruthi Hariharan has accused ‘Action King’ Arjun of harassing her during the rehearsals of a Kannada film. The incident reportedly took place in 2016 and Sruthi said that Arjun made her feel extremely uncomfortable in front of more than 50 members from the crew.

Recalling the details from the incident, Sruthi said, “During the rehearsal, we delivered our lines and Mr. Arjun hugged me. With no forewarning or permission, he runs his hands intimately up and down my back. He pulls me closer with my body taut against his and asks the director if we could use this idea of foreplay in the scene.” After this incident, the actress apparently refused to rehearse her scenes with Arjun; however, she completed shooting the film.

Sruthi’s allegation on Arjun has created huge ripples in Kannada film industry, and it’s quite evident that the #MeToo movement has given voice to several women to share their stories. “I choose to come out now because henceforth, I think Mr. Arjun Sarja needs to make sure he doesn’t cross the thin line between two actors and use his position of power to cause another person discomfort or hurt,” Sruthi said in a Facebook post. Meanwhile, Arjun has denied all these accusations and said that they were completely baseless.