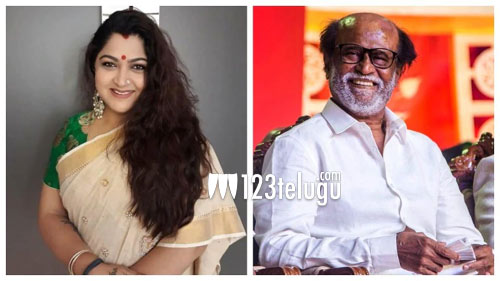 It is a known fact that Rajinikanth will soon do a film in the direction of Shiva who made several hits with Ajith.

Now, the latest we hear is that he has roped in yesteryear star actress Khushboo in a key role opposite Rajinikanth.

Once again, Rajini will be seen in a role that will have two shades and Khushboo will romance the senior Rajini.

As of now, Rajini is awaiting the release of his latest film Darbar which will be out on the 15th of Jan 2020.