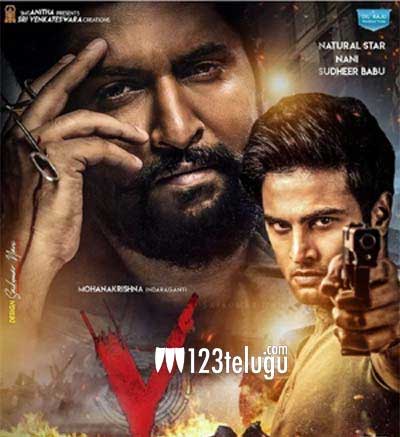 Now, the latest news is that the film’s satellite rights are bagged by noted entertainment channel Gemini. Though the deal details are not yet disclosed, the buzz is that Gemini management has offered ₹8 crores and bagged the rights.

Directed by Indraganti Mohana Krishna, V has its background composed by Thaman.