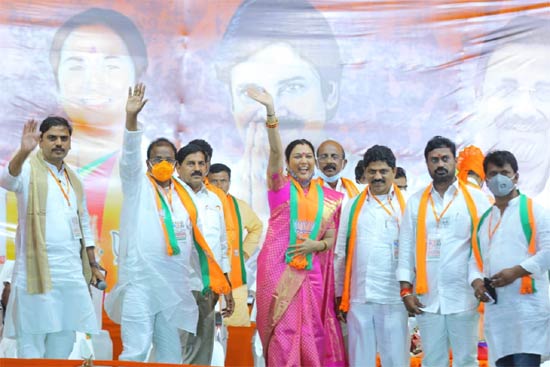 Senior character artiste Hema joined the BJP earlier today. Hema met with AP BJP chief Somu Veerraju and formally joined the party ahead of the soon to be held by-election in Tirupati. The actress had earlier held key posts in the Movie Artiste’s Association (MAA) until a few years ago.