Noted comedian Kondavalasa passes away
Published on Nov 3, 2015 8:55 am IST 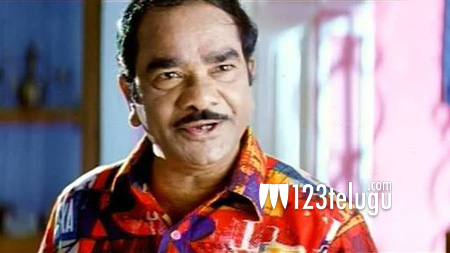 In what could be said as a huge setback for the Telugu film industry, noted comedian and character artist, Kondavalasa Lakshman Rao passed away a short while ago in KIMS hospital, Hyderabad.

The ace comedian was suffering from serious health problems from quite some time now. Kondavalsa made his debut in the super hit Vamsi film ‘Avunu Valliddaru Ista Paddaru’ and went on to do nearly 300 films in his 12 year old film career.

He was specially known for his hilarious dialogue ‘Aithe Okay’ in the Ravi Teja film. 123telugu is deeply saddened by his death and passes condolences to his family in this time of grief.