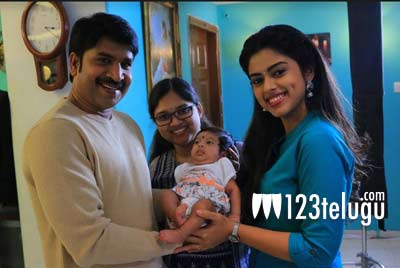 It is a known fact that comedian turned hero, Srinivasa Reddy is doing a film called Jambalakidi Pamba. The shooting of this romantic comedy is currently on in Hyderabad.

The latest we hear is that Srinivasa Reddy’s one-month-old daughter is debuting with this film. She will play the reel life daughter of Reddy in the film which is being directed by J B Murali.

Vennala Kishore and Satyam Rajesh play crucial roles in this film which will be out this late summer.