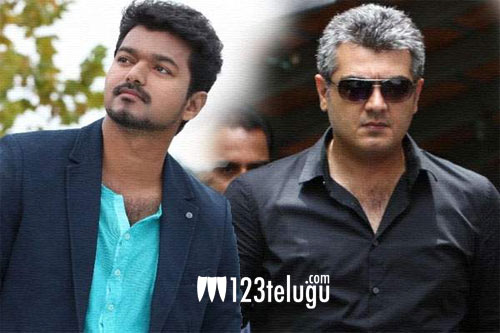 Vijay and Ajith are two massive stars in their own regards. But they never did a film together in their careers. Now that big multi-starrers are being made, fans want to see them both on one screen.

But looks like things are going to materialize soon as the stars might come together for a film. As per the news, director Venkat Prabhu has readied a solid script and wants to narrate it to the stars.

Venkat says that he will very soon approach the stars and will narrate the film. He also adds that once they listen to the story, the Vijay and Ajith will surely yes to the film.

If this project happens, it will be a feast for the fans for sure. On the other hand, Venkat Prabhu will be directing Chay Akkineni for a Telugu film soon.